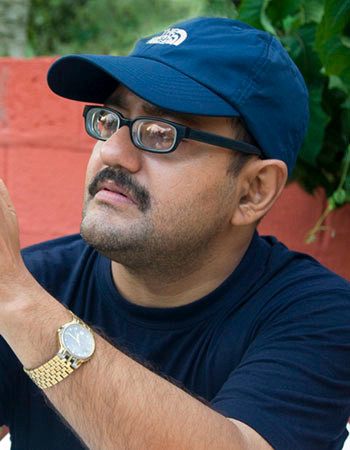 Sugato Mukherjee is a photographer and writer based in Calcutta whose interests are multifold. He has worked on a story on the nomadic Changpa tribesmen in Eastern Ladakh, covered vibrant, syncretic cults of South India and photographed the deadly working condition of sulphur miners inside an active volcano in Java. Meanwhile, he has also written on off-track travel destinations and exotic food for leading outlets.  His works have appeared in publications worldwide including The Globe and Mail, Al Jazeera, National Geographic Traveller, Travel+Leisure, Atlas Obscura, Discovery, Silkwinds, Yale Journal of International Affairs, Harper Collins, Roads & Kingdoms, Lonely Planet, Mint, Deccan Herald, Fountain Ink, Discover India and Outlook Traveller.

His coffee table book ‘An Antique Land : A Visual Memoir of Ladakh’ with a Foreword from filmmaker Goutam Ghose has been published in 2013 from New Delhi and been widely acclaimed. Sugato has won a number of accolades for his photographic work including the Humanity Photo Award from UNESCO.